Obesity and the Science Behind Healthy Eating 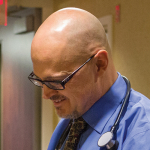 Obesity is an epidemic in this country. What causes obesity is quite complicated; the mechanisms behind it, however, are becoming known. We know it is a balance between what is eaten (diet) and what is burned (exercise). We are learning the types of foods we eat are an important factor in obesity.

For those under age 75, a BMI (body mass index) from 25 to 26 is associated with some increased health risks. A 27 or higher is more greatly associated with increased risks: diabetes, many types of cancers, heart disease, gallstones, sleep apnea, asthma, and fatty liver (which can lead to liver failure). You can calculate your BMI if you know your height and weight.

For individuals older than 75, obesity is not such a problem. From ages 75 to 85, a BMI higher than 30 is associated with greater health risks. For individuals older than 85, obesity is protective and associated with longer life (Cohen Mansfield J, 2011). For most adults age 75 and older, it is wiser to focus on exercise and fitness instead of weight loss.

The types of food we eat have caused the epidemic of obesity. Surprisingly, the scientific community is learning the low fat diet is not the way to lose weight! Processed or high glycemic foods (carbohydrates which digest very quickly) are thought to be the culprit behind the obesity epidemic of the last 30 years.

Foods which have a high glycemic index, between 70 and 100 (low is 55 and under), are starchy foods. Less refined carbohydrates have been the basis of the human diet for millennia. Highly processed grains and sugars, e.g. white bread, pastries, cereal, cookies, dried dates, potatoes and rice cake, are tasty, but have been consumed by the human race only for a few centuries. Some feel the human body has not been made or evolved to use these foods which release sugars into the blood and liver at a dangerous speed. Our body responds to the sugars with the chemical signal insulin.

The insulin acts as a chemical signal that keeps us from using the fat in our body. Insulin signals fat cells to stop releasing energy and to instead take in sugars from the blood to make more fat. Circulating fat and triglycerides spike in our blood after a high carbohydrate meal. The body can use our own fat as an energy source only when insulin levels in the body are low (Deron, 2012).

To compensate for the spike in sugars, the body makes large amounts of insulin. While the sugars are quickly released, much of the insulin is still present. The insulin surge continues to affect the body for four to six hours after a meal, causing blood sugars to decrease by the next meal. Then, even though we don’t need the calories, we are all of a sudden hungry again. Our hunger is for what our body needs because of the insulin that is still remaining – more starches!

Fructose is a fruit sugar found in most sweeteners, most infamously in high fructose corn syrup. IT does not trigger the sensation of satiety or being satisfied. Fructose is quickly made into fat in the liver, including dangerous triglycerides and VLDL (a bad type of cholesterol). Fructose consumption may facilitate development of insulin resistance and obesity (Isganaitis E, 2007). Fruit juices and sweet processed drinks (not sugar free drinks) put large amounts of fructose rapidly into the body. Whole fruit contains a great deal of fiber, which slows the release of fructose, decreasing any harm.

If simple sugars and starches cause obesity, what can you eat? Vegetables which are not starchy (most green vegetables) are the cornerstone of a healthy diet. Protein and fat can be filling. Choose lean protein like chicken and fish and combine it with a serving of slow-releasing carbohydrate or whole carbohydrate (fruits, green vegetables, whole grains and nuts) to keep you blood sugars stable. Meals not based on carbohydrates can be more filling and do not result in such an appetite later.

Eating a high carbohydrate, high glycemic index diet can cause obesity and insulin resistance; both in our peripheral system and our brain. Studies link atherosclerosis, diabetes, and even dementia to the increasing problem of insulin resistance that is linked to high carbohydrate foods (Ohara, 2011). Some individuals are more sensitive to carbohydrates than others, but we all should consume fewer starches and sugars. Making small dietary changes can lead to lower weight, fewer illnesses and better quality of life for all of us.

Stacy Schroeder, director of wellness and prevention, Masonic Village at Elizabethtown, also contributed to this post. 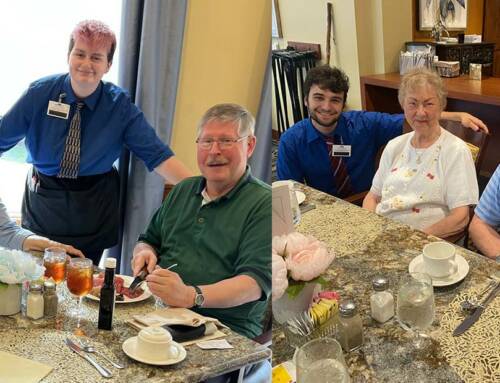 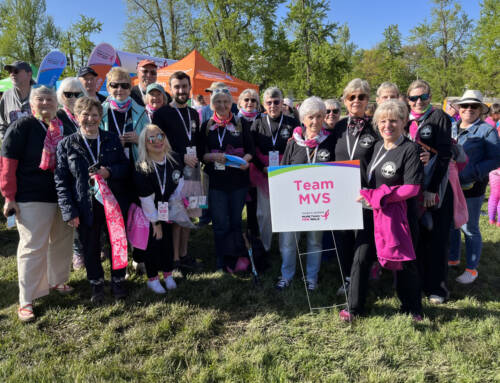 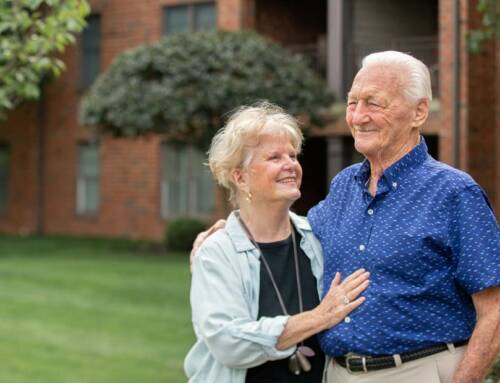